This little ditty is based on the official Dolphin Emulator Linux build guide located at https://code.google.com/p/dolphin-emu/wiki/Linux_Build . The official guide is for Debian, Ubuntu and variants. This one is NOT, it's for Fedora 19.

Setting up to Build

First you'll need to install the libraries to compile Dolphin Emu. Use the below yum commmand to install all of them.

Next you'll want to pull down the source.

Next you'll want to change into the created directory:

Later if you want to update your local source issue the command:

Create a build subdirectory, and change into it:

From here build and install in the standard make way:

Note that you may need superuser privileges for the last command.

You can run dolphin from anywhere by typing:

If you changed the prefix and $prefix/bin is not in your path, then you will have to precede this with the path to the executable. 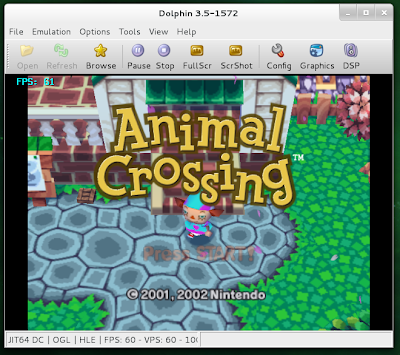