After installing Ubuntu 12.10 and installing CCSM (Compiz Config Settings Manager) I noticed there was no option for my favorite effect, wobbly windows. It looks like they moved most of the cool Compiz plugins to their own package called compiz-plugins-extra. To install, open up a terminal and paste this in.

This should be good. Upgrading to 12.10 with user installed AMD drivers enabled. We'll see how Ubuntu handles it. 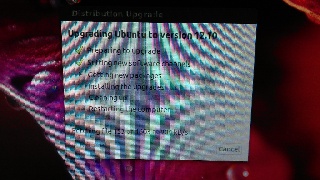 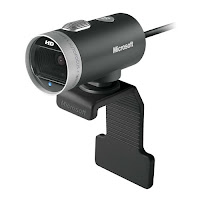 My $20 Microsoft Lifecam Cinema web camera seems to be fully supported under OS X 10.8 Mountain Lion developer preview 4. In 10.7 and lower I had to use the excellent MacCam drivers for it to be supported.

FaceTime, Messages, and Photobooth work fine with this camera.
at July 03, 2012 No comments:

On Fedora 17 I had to install a few extra packages to make Playonlinux work. I am currently using a nVidia video card, the  xorg-x11-drv-nvidia-libs.i686 package will be different for ATI (or might not be needed at all).


I recently re-acquired a Geforce 470 from a friend. After reading many times how well nVidia supports x86_64 Linux I figured I'd replace the AMD Radeon 6870 in my main system. Their performance is roughly on par with each other so I'm not really gaining or losing anything, theoretically. The drivers I used nVidia's 295.59 and for AMD I used Catalyst 12.6 beta. Below is what I found out from my testing.

These tests and results are very not scientific. YMMV.

Driver Installation -
Both drivers required there be compilers and many dependencies installed to to compile their kernel module. I elected to install the newer driver packages from their official websites instead of using the older (but probably well tested) Ubuntu supplied drivers. Nvidia's driver was a pain in the ass as I had to drop to the console and kill the X server before using their text based installation. The AMD driver installed from the desktop just fine using a nice GUI, as long as the dependencies were installed first.

Driver Stability -
Even though the AMD used beta drivers, I found them to be much more stable than nVidia's in everyday use. The nVidia drivers lagged out after a couple of hours of use and the display becomes jerky and not smooth. I use my computer for gaming mostly and this is no good.

Compatibility -
nVidia takes the taco here. All of my games and OpenGL apps work great. But to be honest I only ran into a single application that didn't work with the AMD. The application was DC Universe Online running under wine.

Raw Speed -
Again, nVidia wins. Frame rates were 1.5 - 3x higher than with the AMD. Not saying that the AMD had low frame rates, but the nVidia were higher. For example World of Warcraft under wine would get ~30-60FPS with the AMD drivers and the nVidia would get ~60-120FPS. These are both with vsync off. The nVidia card had more wild fluctuation in frame rates than the AMD but maintained it's higher FPS.

Image Quality -
I'm no expert but they both looked pretty darned good. The AMD had a lot more options to tweak settings in it's control applet.

Support for Multi Monitor Setups -
AMD ftw on this one. On the nVidia a lot of my Humble Bundle games would try to span both monitors at a resolution of 3840x1080 when it should have been on one monitor at 1920x1080. If this is a flaw of the game or the drivers, I do not know. The AMD didn't have this problem. On a side note nVidia's control applet was easier to set up for multi monitor than AMDs.

I was also able to drive 4 monitors (2 on DVI + 2 on mini display port using adapters) on the AMD as opposed to 2 (2x DVI) on the nVidia.


In closing I would probably say I prefer the AMD card a little better because of it's driver stability (I know, crazy statement). It doesn't matter how fast a card is if it becomes jerky and unresponsive after a couple of hours of use. I'm grateful to have either card though. 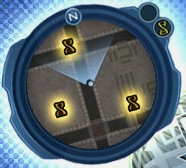 Using the below tips I am able to gather about 2.5 stacks of each type of exobit in a 1/2 hour of time. I used the R&D scanners purchased from the DCUO Marketplace, they cost 100 Sony points or roughly $1.00 USD. Paying real money for this type of item may seem a little crazy but I only purchase Sony points when they are on sale 3 for 1. This brings the price of R&D scanners down to about $0.33. But still, money is money. If spending real money on a game is not for you then you can always hunt Exobits the old fashioned way.

What they are
What you need
Where to go

Once again I am working on getting DC Universe Online working on my Ubuntu 12.04 install so I can ditch windows 7 all together. DC Is the only thing tethering me to Windows. There have been many reports of it working.


So far the installer installs the Launchpad application and asks to install a version of Direct X, I declined the Direct X install but went ahead with the rest of the install.


When starting launchpad, logging in and pressing play all I get is a garbled screen after my monitor switches screen modes. I'm not sure if it's because of my ATI video card (highly likely) or a problem with wine. I have access to a nVidia 9800. I'll try later tonight to see if it's the video card.


Same results with the wine packages from ppa:ubuntu-wine/ppa (version 1.5.6).


Progress so far -
launchpad installs and starts as normal
login works and you can press the play button
screen goes all grabled and you have to 'wineserver -k' in a terminal
at June 20, 2012 3 comments:

This is the Ubuntu PPA for the Nintendo Gamecube and Wii Emulator, Dolphin. It installs the Linux version.

https://launchpad.net/~glennric/+archive/dolphin-emu
at June 12, 2012 No comments:

All of this information was jacked from http://askubuntu.com/a/126513 . I just edited and am providing it here so I don't have to use Google every time I need to install AMD's drivers.

The following Instructions are how to install the latest ATI Catalyst Video driver on a fresh install of Ubuntu 12.04 Precise ONLY.

Caution: Only use these instructions if you have opted NOT to use the Official Ubuntu Binaries.

You need to install some dependencies to your system, do this by running these in Terminal:


Installation and building of the drivers


After this command, reboot your system. If all is right, the fglrx driver will be installed and working on your system.

To activate Windows 7 via the web go to http://www.microsoft.com/genuine/validate/


Requires a legit serial number. I posted this just so I won't forget the address for future use.
at May 30, 2012 No comments:

This is a forum signature I'm working on for my DCUO League.

Tonight I started working on a "port" of DC Universe Online to Mac OS X via Wineskin. So far things have been encouraging but it's not yet playable. Below are the steps and packages I've went thru to install DCUO on my system. This is a bunch of information so it might now be laid out the best but i'll try to make it useful enough for anyone else wanting to help get this working.

After installing the above the Launcher starts and downloads the 18 gigabytes of game files. Everything on the launcher looks exactly the same as under Windows. One note though, the configuration app (click the green button with the hammer & wrench and choose 'game configuration') does not start properly, it asks for .net 3.5 which it will not install from the launcher. After installing .net 3.5 via winetricks the app still crashes out. Not a deal breaker but worth mentioning.

After the game finishes downloading and you click the green Play button the screen switches resolutions like it's going to start properly. All I get is a black screen with no sound or video. I tried this with engine version WS8Wine1.4-rc5 (newest available) first. When it didn't work I google'd for information and found reference to a Linux user getting DCUO to work using Wine 1.3.32. I installed engine version WS8Wine1.3.32 but the end result was a crashing launcher at startup.

I also tried different configurations of virtual desktop and windowed/fullscreen options to no avail.

This is what i got so far. If anyone happens upon this and can help please leave a comment with your thoughts. 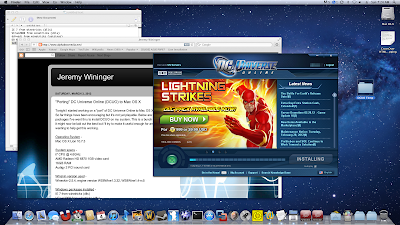 Although there is a native build of PCSX2 for Mac OS X it is dated. So I built an app bundle via wineskin using the latest *stable* Windows binary of PCSX2 (0.9.8-r4600). The results were to my liking, therefore I made this incredibly BORING video of the emulator running the intro to Final Fantasy X. The game is rendered to the screen in a resolution of 720p and looks very nice. Especially compared to the original on a legit PS2. I used the ZeroGS and ZeroSPU2 plugins for video and sound.

I played the game itself for about 30 mins and only noticed very small graphical anomalies. 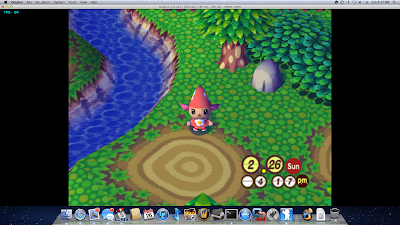 Holy hell, It's the Dolphin Emulator! Man, I love this thing. It plays Nintendo Gamecube and Wii games at better than native speeds with enhanced graphics and sound. Just obtain an ISO of a game you already own, point the emulator to it and *BAM* instant console fun. As you can see I'm playing the original Gamecube Animal crossing in this screen shot. Complete with filtered graphics and increased resolution. For game control, Dolphin supports real Wii remotes for Wii games via bluetooth. Although I'm using it mainly for Gamecube games with a wired Xbox360 control pad. It works great. I'm so happy ^_^

Get Dolphin from their home site (mac and windows). Also available for Linux. 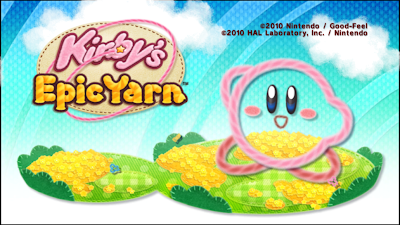 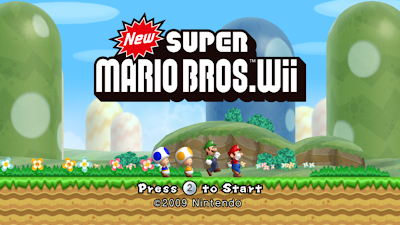 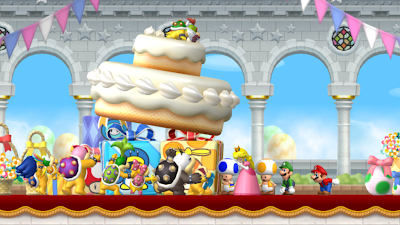 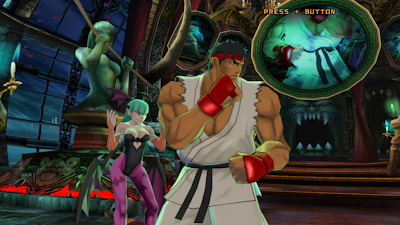 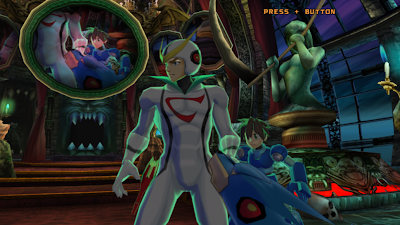 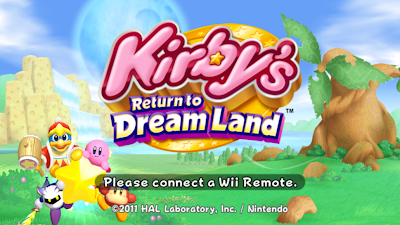 I had the problem when loading my Hack Mac that the wi-fi card always grabbed onto en0 and my built in ethernet always defaulted to en1. This cause all kinds of problems with using Apple's internet based services like the App Store, Facetime, and iCloud. These services require your built in ethernet port to be en0. To make the swap I had to go in and delete the following 2 files.


After you delete the two files reboot your computer and it should automatically regenerate them with en0 being correct. That's pretty much it.
at February 22, 2012 2 comments: